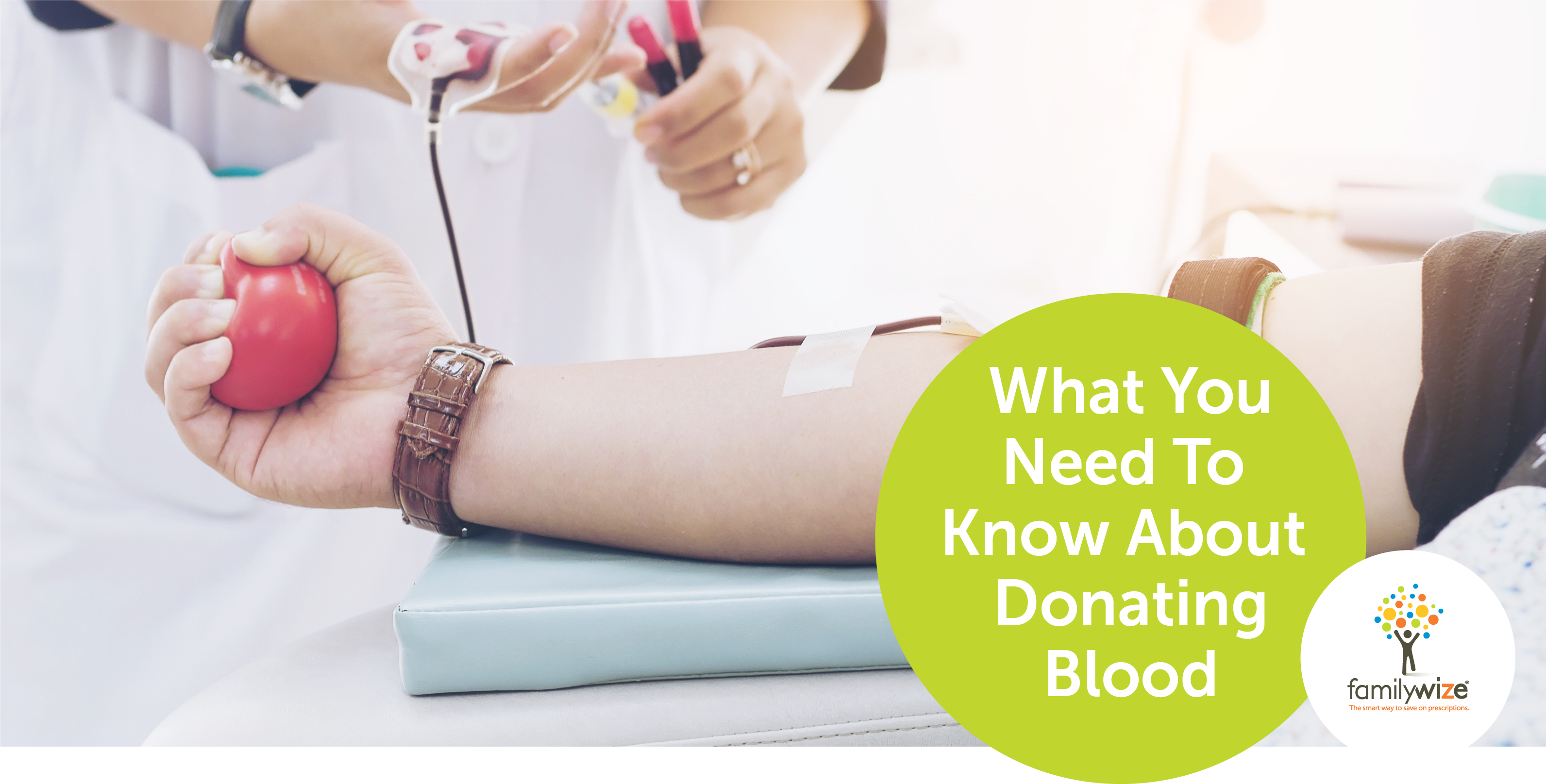 What You Need to Know About Donating Blood

According to the Red Cross, someone in the U.S. needs blood every two seconds. That’s part of the reason the organization has marked January as National Blood Donor Month. Winter is typically one of the hardest times to get people to donate blood and platelets. And patients are still in need in winter.

Because blood cannot be manufactured, patients who rely on whole blood, red cells, platelets, and plasma also rely on donors. That’s why donation is important year-round.

Whether you’ve been donating for years, you’re donating for the first time, or you’ve never donated before, we’ve gathered all of the information and insights you need to know about being a blood donor, as well as how donating blood works.

Your blood type is determined genetically. The four main blood groups (A, B, AB, and O) and the Rh group (which determines a blood type as “positive” or “negative” combine to make the eight most common blood types: A+, A-, B+, B-, AB+, AB-, O+, and O-.

The parts of your blood

On the day of your donation, you will register and be asked to show ID. After, you will complete a Health History document have your blood pressure, temperature, and pulse checked.

According to Red Cross averages, the entire process of donating blood takes about one hour and 15 minutes—while the actual donation of a pint of whole blood unit takes only eight to 10 minutes. You can do whole blood donation, plasma donation, platelet donation, or Power Red donations, which allows you to donate two units of red blood cells while returning plasma and platelets to you.

For the donation, a medical professional will clean the insertion site and insert a sterile needle in your arm. For most people, this just feels like a small pinch. After your donation is collected, most donation centers and blood drives have free snacks and refreshments you can enjoy while recovering from the donation.

The Red Cross recommends that you drink an extra 16 oz. of water (or other nonalcoholic drink) and eat a healthy meal, avoiding fatty foods like hamburgers, fries or ice cream before your donation appointment. You also shouldn’t take aspirin for two days prior to donating blood platelets.


BACK NEXT ARTICLE
Most Popular Articles

Should You Finish Your Antibiotic?

Sign up to receive our monthly newsletter, offering the latest health & wellness news and savings tips, delivered right to your inbox.

Get our card or app today to begin saving

Want to pay less for your prescriptions?

Read on to further understand how FamilyWize saves you money

Have questions or doubts?

Show this card at your pharmacy